Jams Gym can be delivered to your business, home, or wherever else you may want it! Our gym is perfect for Child Care Centers, Gymnastics Studios, Your Home, Your Backyard, Playgrounds, and more!

Jam’s Gym is tested and certified to ASTM F1148. Adult supervision is required! 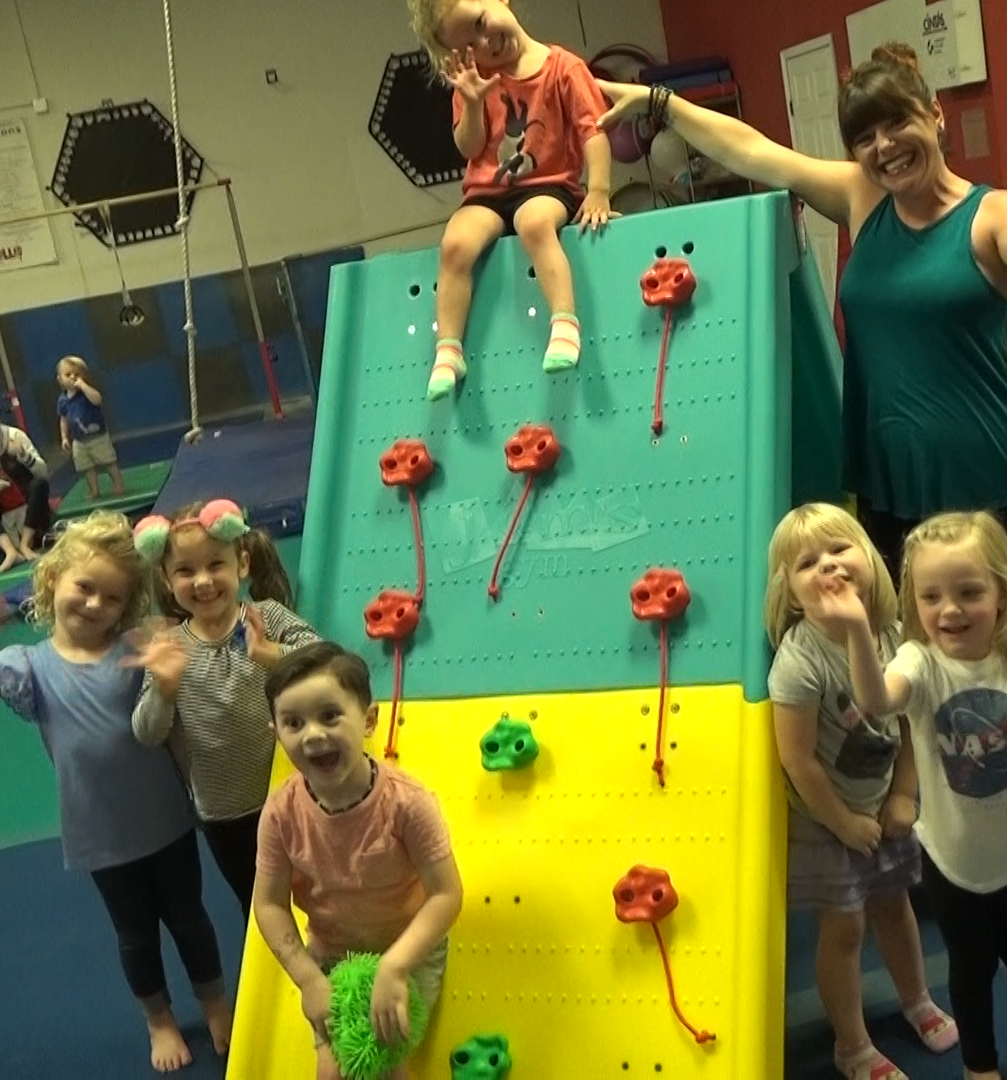 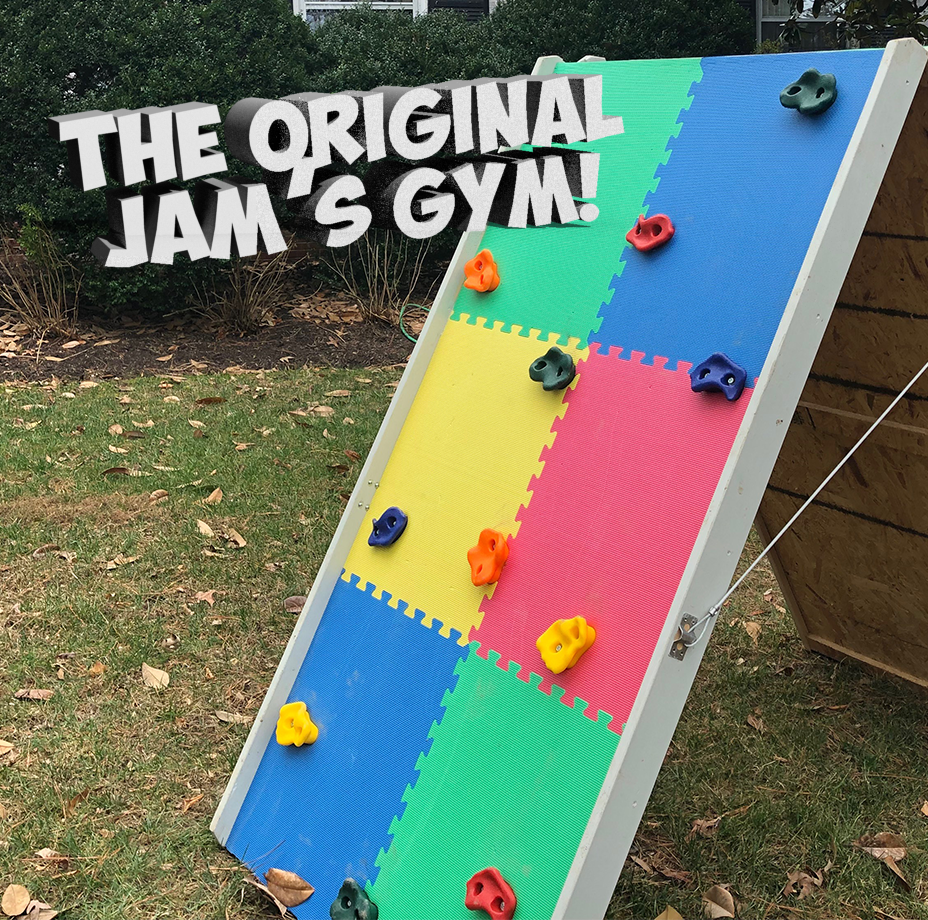 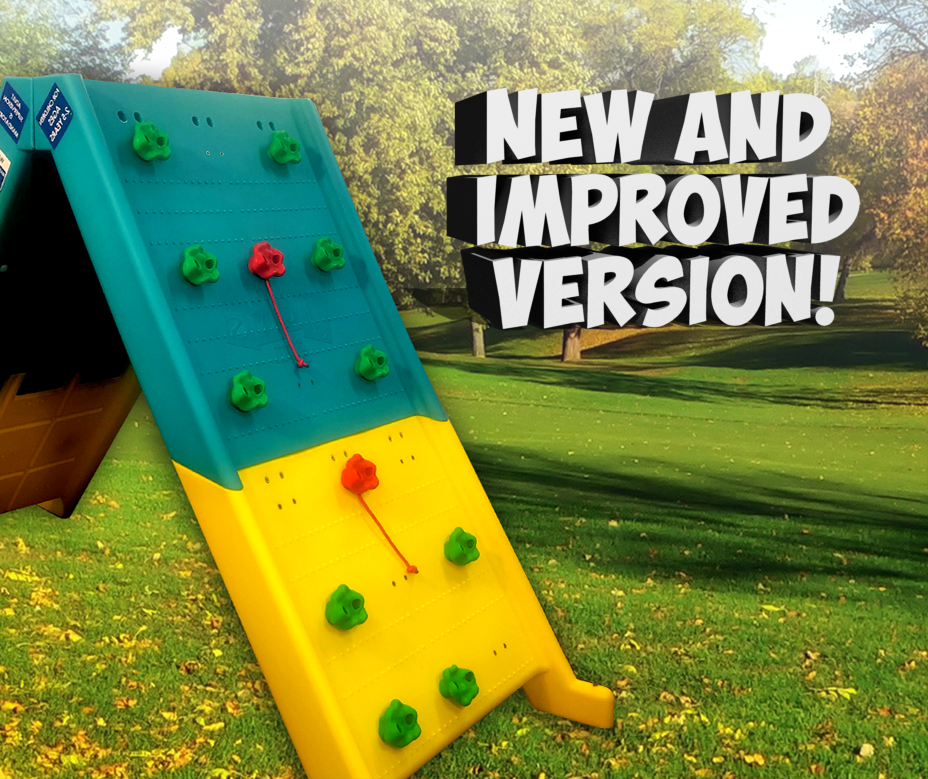 The Scoop on Jam’s

My name is Brent, and I invented Jam’s Gym! Two years ago Richmond, VA experienced one of the worst winters in its history.  My son James (nickname Jam) and I were used to going to the playground, getting some breakfast and generally horsing around on weekend mornings while Mom relaxed.  Three weekends in a row the temperatures were in the teens and it was icing more than snowing. That first Saturday we were bored, so I set up some of my old wrestling mats in his playroom.  He would climb up and slide over the top. It was great. I took pictures. By the third weekend, however, his skill level improved dramatically so I put together more complicated climbing routes that involved me bending in several awkward positions and really not so much fun for me!  I decided I had enough. I logged into my computer and Googled climbing-wall-for-kids. The results showed up with nothing like what we were doing.

I then decided to just build my own climbing wall! When it was done, all of Jam’s friends could NOT stay off of it! So many parents were asking me to make one for their homes – which inspired me to develop and manufacture Jam’s Gym! We hope you enjoy it as much as the neighborhood kids do!

Are you ready to have the latest and greatest rock wall for kids in your home or studio? Your kids will thank you! 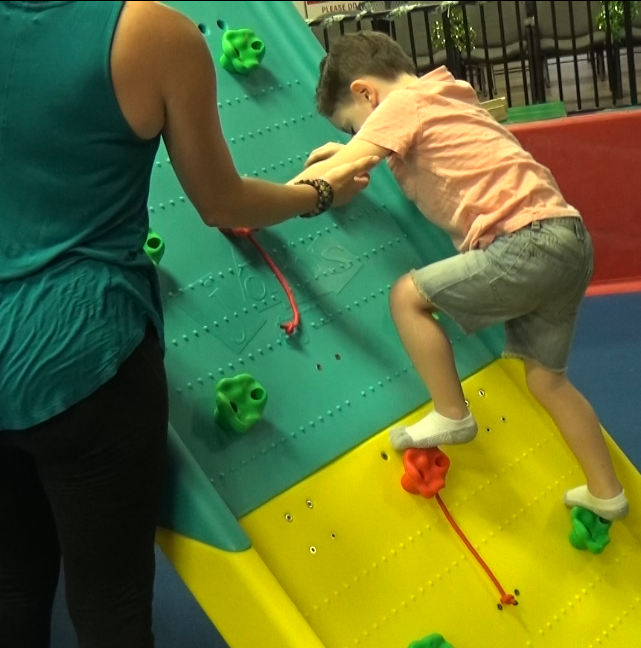